Since its formation in 1984, the Pajaro Valley Water Management Agency has developed and updated a Basin Management Plan (BMP) several times. A BMP is a plan that provides a framework of projects and programs that contribute to the efficient and economical management of existing and supplemental water supplies. The goal being to aid the Agency’s work to prevent further increases in and continued reduction of long-term overdraft and to ensure sufficient water supplies for present and projected needs in the Pajaro Valley.

The first BMP and Environmental Impact Report (EIR) was adopted by the PVWMA Board of Directors in 1993. In 1999 a Local Water Supply Projects EIR was developed. In 2002, a revised BMP was adopted by the Board that focused on two local water supply projects and two imported water supply projects. Constructed facilities resulting from BMP efforts include the Harkins Slough Managed Aquifer Recharge and Recovery Facility (2002), the Water Recycling Facility (2009), an underground distribution pipeline twenty miles long called the Coastal Distribution System (2009), blending wells and a connection to the City of Watsonville's potable water supply as an additional blend source. In 2012, over 3,500 AF of irrigation water was delivered to coastal ranches. 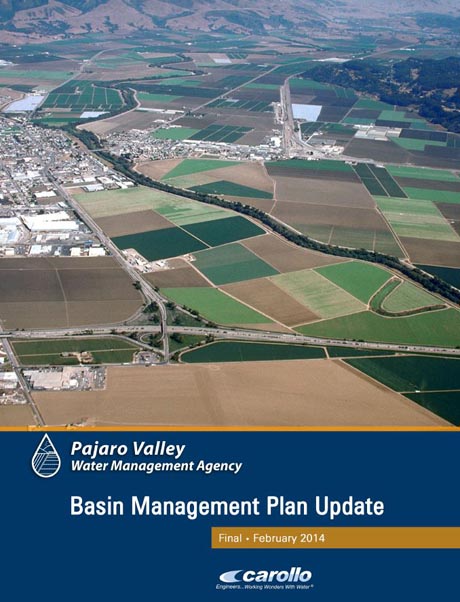 Board of Directors meetings web page

Draft EIR for the BMP Update

Final EIR for the BMP Update